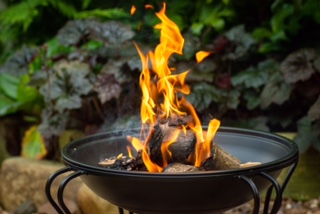 Hotmax wood briquettes are an ideal virtually smokeless fuel for your home in winter and for outdoor use in summer.

High density compacted heat logs made from 100% natural, recycled wood dust. They are drier and burn cleaner than even the best kiln dried or seasoned hardwood logs.

Visit CBL Stoves to pick up your Hotmax

But if it's traditional wood your after we supply Kiln dried nets of hardwood, softwood & kindling.

CALL US FOR A QUOTE

We live in a 120 year old bungalow which was built with stone, brick, and even Cobb ,and over the years this has been added to with more modern materials, including a complete second floor and the original chimneys taken out.

Carl came to our home and did a survey and informed us that an original hearth could be knocked through and a double stove install to be seen from both the kitchen dinner and the lounge.

His two installers ( Reece and Lewis ) were second to none when they carried out this construction, meticulously dealing with all that they found and with an eye for detail. We found it easy to trust them with Jack's holding up our house.
They also left our home tidy each day before they left.

They did a fantastic job and were a pleasure to have in our home. We got the feeling that these two guys really liked the work they were doing which shows in what they have built.

We have no hesitation recommending CBL Stoves to anybody who wants a new stove fitted, or even advice on an old one.

We would like to say a massive thank you to Gary & Tom, who were excellent, very polite giving great service, and very respectful when working in the house and we’re really pleased with the end product and work.

Joanna
by Joanna on CBL Stoves
How impressed we were

I just wanted to drop you a note to say how impressed we were with your colleague who came to replace the cowl on one of our chimneys today. I think his name is Louis (but may have got that wrong). He phoned us to let us know what time he should be arriving and then again to say he was running a bit late which was very much appreciated. (And, in fact, he was only a bit later than he said he would be). It was just very impressive that he took the time to keep us informed and differentiated him and your company from other suppliers. When he got here he was very polite, covid aware and worked very efficiently.

Obviously, I did thank him whilst he was here but I would be grateful if you would thank him again. I also thought it important that you should get this feedback about one of your employees.

Many thanks for your help with the chimney.

Take care in these tricky times.